Erin K. Courtney was in her early thirties before she ever baked a cake. That’s when a pastry class at her  local community college opened the floodgates. Erin started baking and decorating cakes several times a week, sending the finished products to work with her husband or sister-in-law. After a few more classes, she started experimenting with different dessert items. Friends flocked to her for birthday confections, and the dessert table at family gatherings became quite elaborate.

Two years after Erin’s first cake-decorating class, she started a one-year culinary program at the University of South Carolina. Now able to cook impressive homemade meals, Erin still found herself searching for simplicity. She continued to obsessively experiment with different recipes, looking for ways to streamline challenging ones and incorporate ingredients that were easy to find at local grocery stores. She loves making recipes from scratch, but also loves shortcut recipes that are quick and easy to throw together. Her prior lack of cooking experience combined with the knowledge obtained from culinary school and working in professional kitchens has expanded her appreciation for many different types of recipes, which is why you’ll see a wide variety of recipes on this site.

After working as a pastry chef in the restaurant industry, Erin ventured out on her own and created Chef Erin’s Kitchen. Even though she loved specializing in comfort foods and desserts for her customers, she struggled with her own health issues and was forced to change her diet after being diagnosed with IBS, Gastritis, SIBO, and an autoimmune disease: all at the same time. Cutting out gluten, sugar, and dairy has drastically changed her life for the better. She shares a wide variety of recipes, combining her passions of health and nutrition along with being a chef.

Since Chef Erin has created and accumulated such a large variety of recipes, it has truly become the melting pot of food. Recipes range from traditional comfort foods and desserts to Paleo and Keto, and even some Vegan.

She has been the featured chef on HTC’s Inside Out TV show based in Myrtle Beach, along with a live interview on WPDE Carolina and Company Live, and has been featured in the Food and Beverage section of The Sun News. Erin hosts live demonstration dinner parties in her home, offering hands-on instructions for her party guests. She also teaches instructional cooking demonstrations at local venues in her community.

Erin is married to the greatest guy on the planet, and they have two ridiculously cute kids. 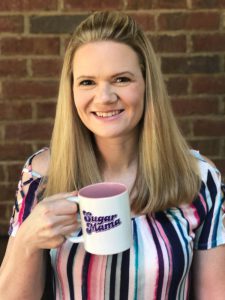